Adaptation in Language Arts is when a novel or story is taken from its original form and:

Example: The Three Little Adults is the story of the 3 Little Pigs rewritten as a story about three small town friends who have graduated high school and are establishing new lives for themselves in the city.

Your task is to write an adaptation for a chapter or a major series of events from a novel of your choice.

As you read through the novel use the following planning chart to record important problems and their related events. You do not need to complete the remaining columns until you have decided which events from the story you are going to use for your adaptation.

Your written adaptation should be approximately 300 words.

The following is a very short example of script. Your script would be much longer. 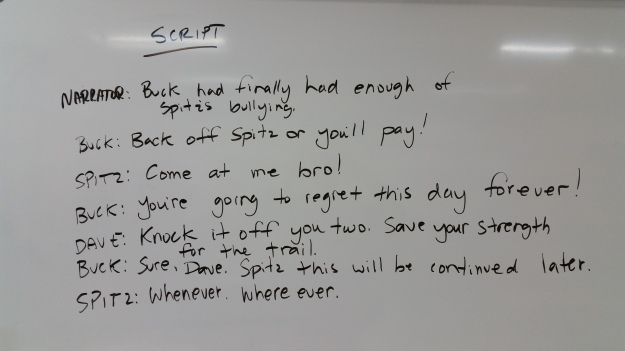